This week, a pair of ancient and powerful beasts have shown up at the Inn at the Edge of Time! 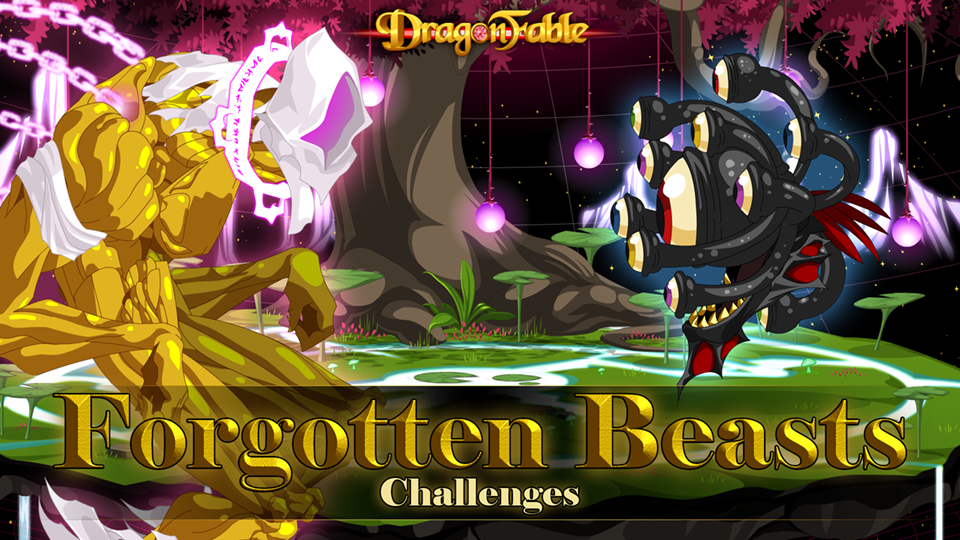 Avoid lasers and punches as you take down this pair of beasts!

Gananana, the Wicked Seer, Seeker of the Quadforce, appears at the height of his power, much different from the one you faced in Book 1!

The mysterious Augahim, Voice of the Wastes is strange but familiar, and a piece of a long forgotten time and space. Can you defeat this creature? Or will it squash you under its power?

Defeat both to earn and upgrade The Quadstaff, a legendary weapon that channels part of the power of the Quadforce!

Head over to the Inn at the Edge of Time to challenge these mysterious new foes.

Also this week, The Hero's Heart Day Storybook returns for the month of February! Now's your chance to play and replay all those lovely quests! Hurray!

Sailing the seas has gotten a musical update! Sailing between the Land of Fables and the Land of Dragons now has exciting new music!

Having trouble with the fights? Have a strategy you want to share? Have feedback about the game? Want to talk about all things DragonFable?