There's a special Monday release in celebration! Log in now and visit Symone to help Elysia, Sir Junn, and Twilly aleve the creeping Dark sickness that fell over Falconreach and Oaklore when Valtrith's dark missile exploded at the end of the war! 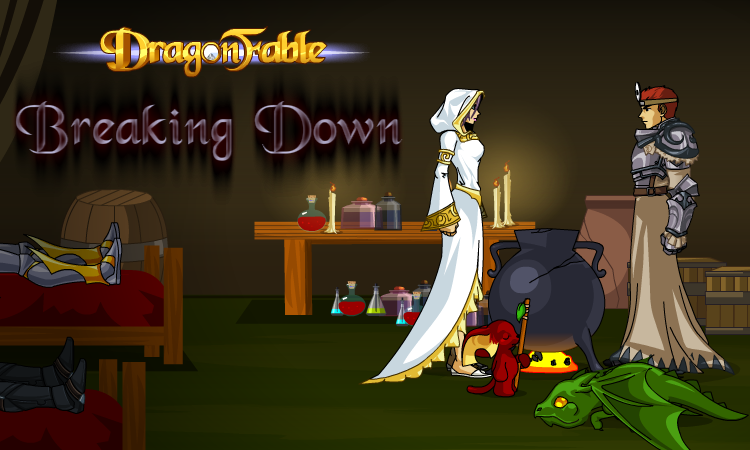 The Black Friday (erm... Dark Grey Saturday?) shops are now live! As we continue on through the week classic Black Friday items will be added to the shops as well! What past Black Friday and Half-Off items would you like to see return?

Thankstaking
The challenge fight should be up sooooon (/coughhopefullycough! I need to work on it a little bit more then have our army of AKs make sure I didn't break or burn anything (again).

Update: Chapter 10 is now live! It's just the challenge fights for now... your reward will come when Joule's is ready to serve up... THE GRAVENATOR!

Joules has crashed the Thankstaking party! Aaaand all the dishes are mixed up... For some reason the monsters are all mixed up in the challenge fights... trying to figure out what went boom! Sorry all!

The Thankstaking Storybook is now available in your Book of Lore! Tomorrow we'll have a small Challenge Food Fight extravaganza with Thankstaking leftovers and make sure to keep your eyes open for the Half-Off Shop and Twig's special Black Marker Shop!

We're also going to have a special release on Monday, the 30th, for the 10th Beta Anniversary for DragonFable! There will be a quest and a shop with items from oishii, Cysero, True Mortal, and more!

Artist Update!
Tomix logged on to tell us he was fine. One laser eye is slightly overtuned but he's going to get it looked at Monday. We then all promptly yelled at him to go away from bright things and rest!

This is a busy week!

Tomix is out getting his laser eyes and I'm working on reorganizing the Castle Valtrith town, getting the static version of the Dark Night war set, making the opening and middle cutscenes for Friday (Tomix got the final cutscene!), updating a few new maps for Friday for you guys to search for... things, getting items together for Twig's Black Marker Shop and the Half-Off Shop (huge thanks to Jorath and Peachii for their help!) for Friday, getting together some awesome items for the 10th Beta Anniversary shop on Monday, thinking about what monsters to try and pull for possible Thankstaking Food Fights, aaaaand trying to get a hold of my Dad to get his yams recipe for Thursday's day of Overeating.

Luckily, I have this serene background to look at to calm my senses! 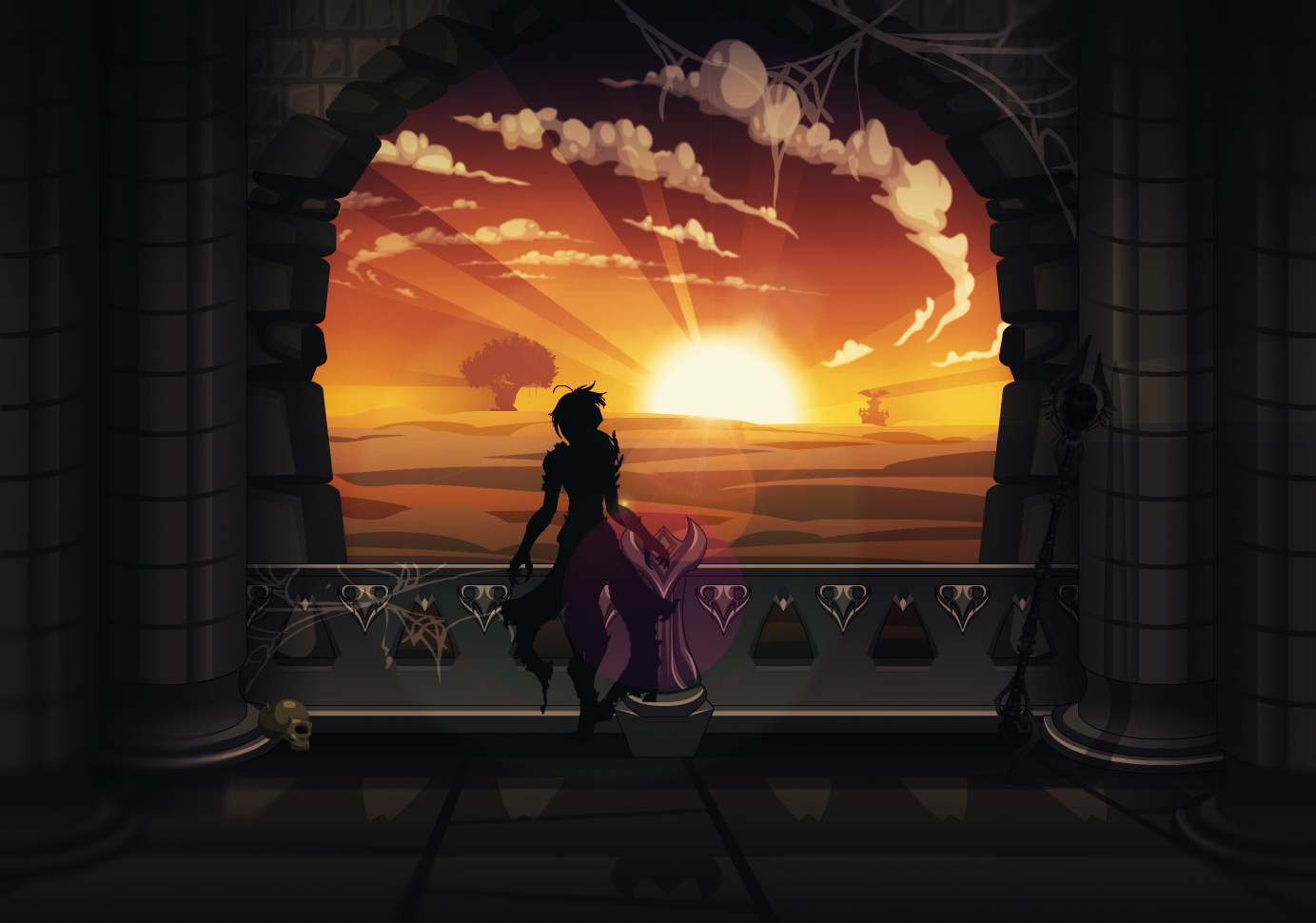 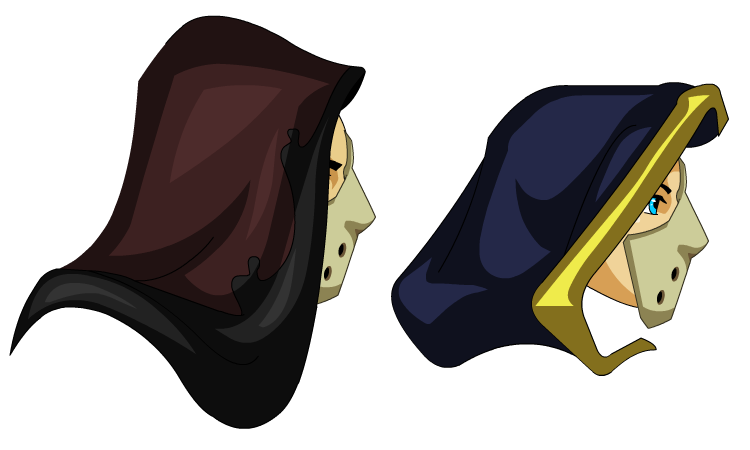 The end of the war is here! On one of its bombing runs your dragon spotted something.... It's time to head into the fog to rescue those captured and end this for good! 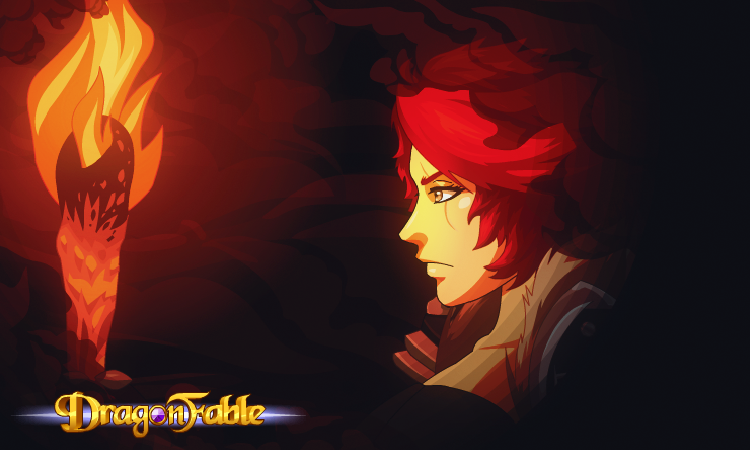 The Dark Night War is Won!

You also absolutely, totally beat us to having the boss and cutscenes done.... So! The Unlucky Devs Shop! is now unlocked for you, which kicks off our 10 year anniversary celebration early! The first Unlucky Weapons were level 7 and released waaaaay back in 2009 when I was just a tiny pebble! Now you can enjoy using your very unlucky weapon at level 80 but beware!!! The pull of the dark power that surges through the weapons actually makes you weaker to Darkness!

Huge shout outs to Miran, who compiled this spiffy dataisbeautiful graph below which shows the Waves Per Minute (WPM) fluctuations throughout the week, Starflame13, who kept the challenges coming to those on the forums, megakyle777 and flashbang for their amazing comics, Dragonman for making sure his constituents kept fighting (I suspect he's gearing up for the next Mayoral election), nield, ultrashadowlord, Dornalca, gakorogirl and just tons more for fighting the good fight! Huge thanks to David the Wanderer, Elryn, San Robin, Gingkage and all the AKs for keeping the peace in the war threads! MVP for the war is Baron Dante who took out 12455 waves on his heroes alone! 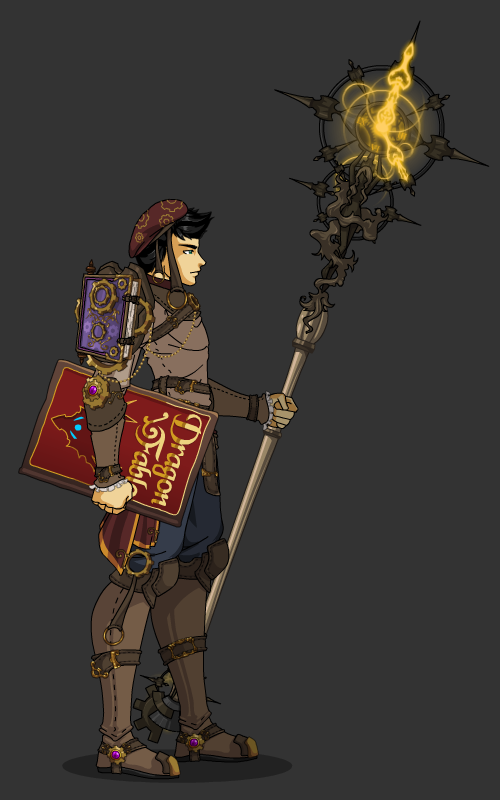 Also, you guys are tooootally going faster than poor Tomix can animate... the mid-war cutscene might end up being the 75% cutscene at this rate (not to mention the war ending cutscene). Maybe Valtrith has some reinforcements lying around somewhere... /geopanic

The sky has gone red and a dark fog has risen in the woods by the Bay. Falconreach and Oaklore are under siege! Log in now and fight to defend your hometown!

A War Challenge has been issued! If you can defeat Jaysun's army before 6pm EST on Friday, November 20th, you'll get access to your very own war-torn Clan Valtrith mask to equip! Seriously, nothing would drive Jaysun more crazy than to see the symbol of his clan worn by someone he found "undeserving".

New Elemental Unity and Medal Cannon trinkets and Defender/Dragon Defender Belts have been added to the appropriate shops! 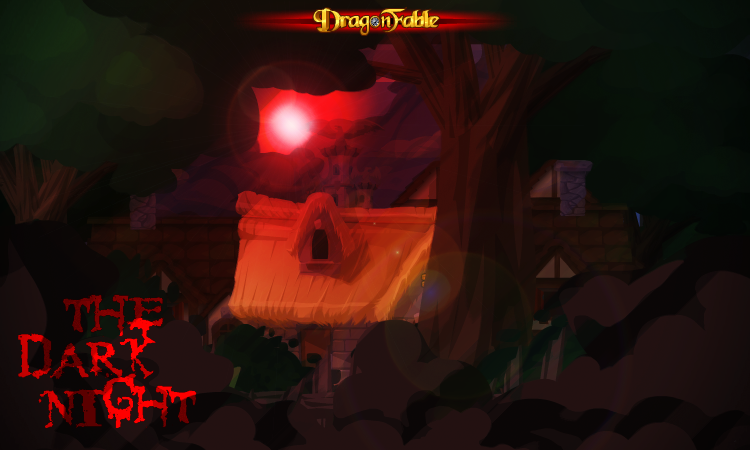 The 13th is tomorrow... are you prepared to face the darkness? Will you be able to trust the soldiers of The Rose who are facing the rising shadows by your side? Or will your battle with The Rose ensure that Jaysun and Caitiff have plenty of vessels to try and bring further Doom to Lore? 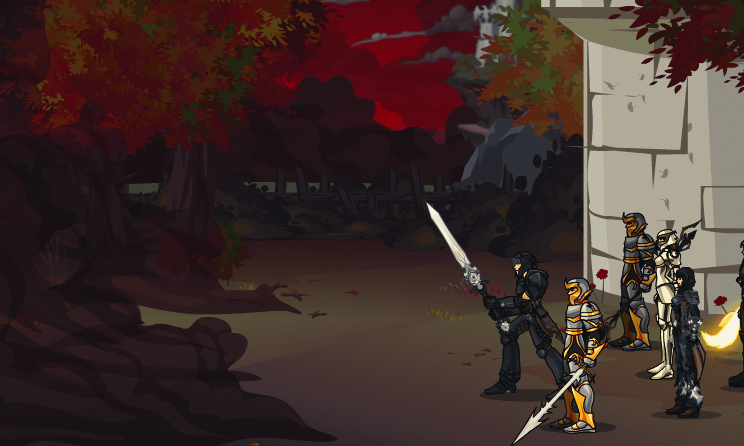 The Grill Master at the Guardian Tower in Book 1 Falconreach needs your help. Travel there to play this week's small release!

Also, please note that this year's Mogloween event will be leaving after this week, on next week's Friday the 13th!

Enjoy, and have a wonderful weekend!