And the War Trudges On

There was hope, for a moment.  Not of victory, we were certain of that as we determinedly dragged ourselves through the mounting hoards of undead and their waves deminished with each clashing swordblow.

As the war counter reached towards 100% and the fields of battle, roiling with the fog of war and the smell of the sea rolling in from Falconreach Harbor, fell emptier and emptier, we were certain of victory and hopeful of something else.  Of justice.

Justice for the shattered Guardian Tower, and the broken lives it left in it's wake.  Sepulchure had lost his fortress, and he had lost his countless minions as the battlefeild was overrun with our heros.

And then there was quiet: a long held breath over the fields outside of Falconreach. Quiet enough for you to seek your justice? Revenge? Was there a difference? Did it matter?

And Sepulchure answered.  He answered decisively.  Blow after blow, he toyed with you, with all of us, with the LORE he had unified against him and now threatens to dash against the shores like the Guardian Tower, and the very Order that was held inside it, only to claim the land for himself.  We know where we stand in his estimation now.

Not rivals, not enemies, no. We are pawns.  We are embodiements of all that is good on LORE and he thinks less than nothing of us.  And after all this loss, and this crushing defeat, you are dealt a deeper, more cutting blow.  Celestia.  Akriloth's child.

Could you have stopped it?  Should you have seen the signs?  How could she be gone?  No answers.  Nothing from him.  He turned, and walked away. 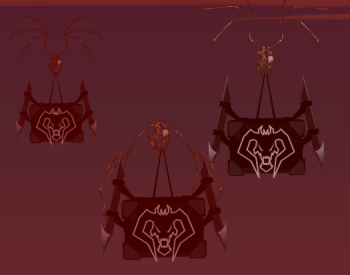 And with that we could lay broken on the ground where our fellow heroes fought, bled, and died, as well.  Defeated victims of a greater foe.  We could watch as the skys filled with more of those horrible beasts, carried countless more undead to overrun the world and ensure his victory.  Greater men have been defeated by far less destructive blows than the ones we were dealt.

We're not laying down.  The heroes of LORE have stood up, retaken their positons on the Falconreach walls and battlefields and taken up arms.  We may be pawns to him, less than, but we are not his to control.  We will fight. 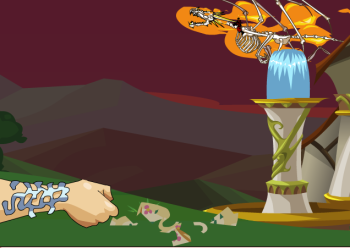 Falconreach is scarred, things will never be the same.  Our allies are dwindling, but not gone. And we heroes are hurt, but we're still breathing.  Still capable of standing against him.  And we will.

For The Guardian Tower and the Guardians inside. For Celestia and what she stood for in these dark times. And for Falconreach, which we will fight to keep from falling.

Together, we will stand. Side by side, we will hold. As one, we will triumph!