That's right, like we mentioned earlier this week, we're revisiting the past and it's going to be nostalgic!*

When your hero sets wearily down his or her backpack in Falconreach after wandering through deserts, over icebergs, and through not-quite-endless forests, the first thing they'll see is a blast to the recent past with a "Best of 2010" Shop!

Thanks for all your help coming up with the list on the forum!

We ALSO have two new quests coming in old towns today!  The first will take you back to the ice-covered, snow-laden burgs of Dragesvard!  Talk to Galanoth and click on his random quests button to be taken to the newest quest, in which he asks you to explore the town to see if any of the townspeople NOT at the party have seen any Dragonsbane. An Ice Dragon Scale will drop from the "Draggin' in Dragesvard" quest, just like Galanoth's other random quests.

Geopetal will have a quest in the Shadow of the Wind Village that will release later tonight, so be sure to check back in a few hours for the new ninja town and quest!  AND it will have hidden ninja NPCs who will speak ominously to you from the shadows. 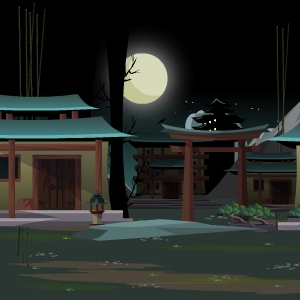 Can you find them all?  Bet you can't.  They ARE ninjas, after all!

And don't forget to check out Cysero's Superstore of Savings for a SLEW of NEW Dragon Coin Rings from level 5 to 60!

Thanks to everyone who submitted movie ideas over Twitter last night.  You guys rock!

Next week we'll get back to more storyline-related quests, but for now, enjoy the new gear and random quests!

Rolith and I need to go meet a friend who is visiting from Pennsylvania, the land where so many good coders come from!  Unfortunately, his car broke down on the way and he was told he'll need a new car.  Poor Friend-of-Rolith! (He doesn't have an online name, the slacker. [To be fair, he didn't know we'd be talking about him to all of you.])  So while we go work on that with him, you guys enjoy the release!

*I tried to get Rolith to wear some designer-thrift store 70s gear, but he said that since he wasn't born back then, he didn't have to.  He DID flash a pretty snazzy peace sign, though, so it's all good (or "far out" as the kids used to say back then).