We had a very fun and successful panel this year at DragonCon! Lots and lots of awesome fans showed up! 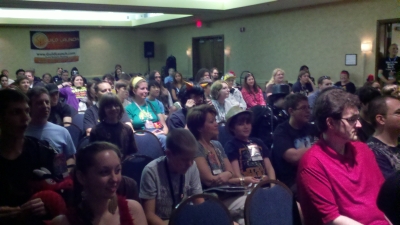 The Panel itself talked about tons of stuff! Everything from AdventureQuest Worlds to Ponies vs. Ponies! Even Voltaire stopped by to play a few songs from Spooky Songs for Creepy Kids! 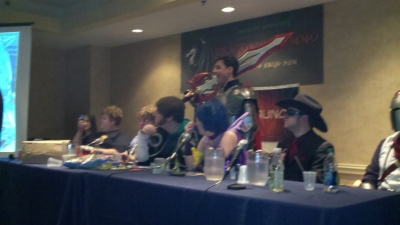 Video of the panel should be available sometime next week for those of you curious enough to watch Zazul throw candy at random people for several hours.

The DragonFable portion of the panel consisted of me answering questions about various questions from the audience and then Artix and I posing one huge question to the crows having to do with Chapter 2. Basically.... should we change up the style of DF gaming experience? We have several options that we can explore and we'd like to hear from you!

Let us know what you think! (and hopefully someone can make this into a real poll in the DFGD!)