Here we go... 3 weeks into this DL revamp now and I'm sure glad it's Friday! I spent the better part of the last 2 weeks just on the animations for DL, and then I was fried so I took monday off to go camping with my wife*, and then this week I was like yeah no problem, I'll setup the color custom version of normal dragonlord, and apply the art for evo dragonlord, and setup the cc version version of evo on Tuesday. No problem, cause I can just copy it all over from the originals right?!

Noop! I can't. And so therefore it took way the heck longer than a day, lol. Oh man, I am always doing that to myself... having no concept of how much time something actually might take. So what I did manage to do for this week was setup the color custom DL, and the evolved DL. Those are done, art&animation-wise! And I'm getting close to done on the color custom evolved DL**, but I think that'll have to wait until next week. 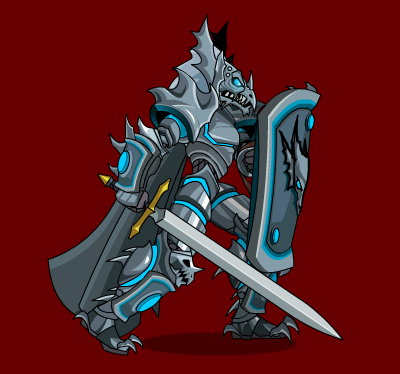 Good thing the Dragonlord shields are made out of super lightweight magical metal, or that one arm is going to be HUGE!

So what that means is that all versions except ccEDL will have the new animations, and should be released later tonight. Rol is still typing his fingers off getting all versions of dragonlord buffed and coded properly, so stay tuned because I think he'll be updating that part tonight as well. Whenever it's done though, I'm sure it will be up to snuff. Also tonight we will be releasing Braughlmurk Cape! An epic location that you'll be able to access via the travel gryphon in falconreach with a total of 6, yes you heard me right, 6! random dungeons! Holy Magicarp! Geo's been working ridonkulously hard to bring that to you tonight and I believe you will enjoy the drops... And last but not least we will be launching a new house for dragonlords that Dracelix has been working on, later this weekend! It'll be available in the town of Dragonsgrasp some time Saturday. Wow, that was a lot of info.. I'd better go underline the main points or it'll be hard to skim.

* Such a great de-stresser! It's been beautiful here in Eastern Canada, and spending a few nights in a tent breathing the fresh air has been fantastic!