Something wicked this way comes

Hail, adventurers!  So right about now you guys are probably eyebrows-deep into hiding the remaining pieces of the Blade of Awe. Congratulations to those of you who have obtained a rare wave (scored on your char page, at the bottom. It's the one in brackets) and good luck to those of you who are trying to obtain one! There can be only 10, so get cracking'! 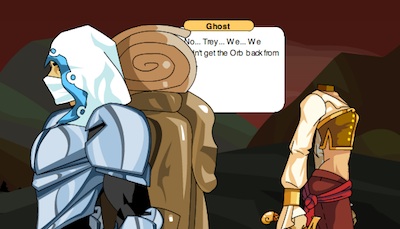 In the wake of losing her father, Valencia is losing her mind over hiding the BoA pieces.. /cough*

Once all the pieces are hidden, you'll access the finale of the Earth Orb saga**, and that means that all 8 orb sagas will be complete!  This also means that if you haven't completed all of the other orb sagas, you should probably get on that***… because we are about to move on into the next segment of Chapter 1 of Dragonfable, and you will not want to miss all the amazing stuff we've got planned for you!  You should also make sure that you've obtained a baby dragon, because it is going to come in handy soon… I'm serious - consider this fair warning. :)

In completely unrelated news, this Friday we will be releasing several small quests. Something weird is going on, and you'll need to investigate! More info later, as right now we're only receiving preliminary reports from the neighbouring towns...

Also, I'd like to show off some of Tomix's art if I may. As you guys know, we're re-vamping Oaklore, and progress is going very well. If all goes according to plan, you'll have a brand new Oaklore by.. oh.. soon? Hard to say right now, but check this out! 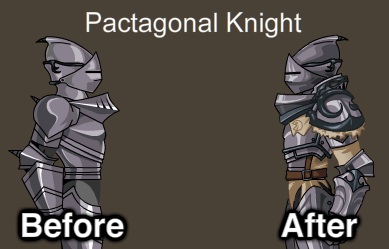 *What a terrible terrible joke, but Geo and I lol'd really hard at this cutscene blooper during testing and wanted to share. In other news, I am backwards. XD

**Omagosh, what a wild ride this saga has been.

***and by probably, I mean SERIOUSLY.  Cause we are about to move on and you'll be held back from the main plot if you haven't completed them all.