I bet you know what THIS week is, right?  We are SO excited about AQWorlds Friday the 13th event.  It's going to be amazing!  (There's been so much voice acting, I'm hearing our NPC voices in my sleep!)  We've even been helping the AQWorlds team a bit with some of the ideas.  I know Lim sat in on the planning meeting, and Rolith and I gave the final script a good going-over for additional ideas. 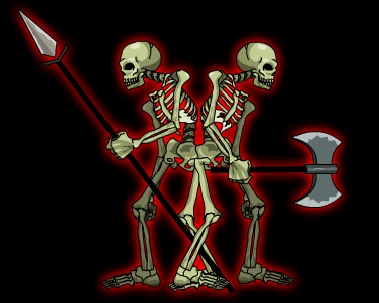 Because their event is going to be so huge, we want to be sure to have time to help them with any problems that might pop up (like zombies rising from the grave! Time to dual-wield chainsaws, gogogo!).  But don't worry, that doesn't mean WE aren't going to have releases this week!

Oh, did you see what I did there?  I used "releases" instead of "release" because we're having TWO of them this week!  I am pretty sure I saw Geopetal slip two MORE energy drinks into Rolith's energy-smoothie.  And then there was something about Rolith getting so angry (ROLITH SMASH) about things not working that he'd be going home and throwing cats.  I was laughing too hard to hear properly, but I'm pretty sure that's what was said.* 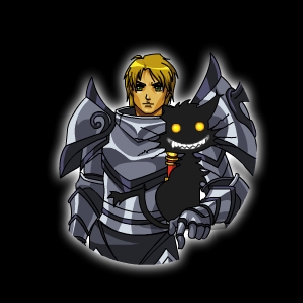 Rolith: Proponent of exercising with your pets whenever you can!

But on to news about OUR release, hmmm?  We are for sure going to have a release on Wednesday!  But I'm for sure not going to say WHAT it is, because if I do, it will spoil the surprise for Friday the 13.  You didn't think we'd let our excitement over the AQWorlds event prevent US from doing something, did you?  Ludicrous!  We would never and will never miss a Friday the 13!  It's TRADITION! (Does anyone else picture a hefty man in farmer's clothing dancing and singing while playing a fiddle?)

Friday will see something truly special coming to DragonFable, something that will start a chain reaction the likes of which you (and we) have never seen before in the game!  Not to get you too hyped up or anything... Oh, who am I kidding, I TOTALLY am!  Because WE are excited about this Friday, too! Ohboyohboyohboy!

Best Buy promotion goes live!
We have some exciting news for you if you live near a Best Buy store!  Aug 8 - Aug 21 will see a 10% discount on our Artix Entertainment game cards - they'll be sold for only $17.95!  You can use them to upgrade ANY Artix Entertainment game! And not only that, you'll get the awesome (and exclusive) Best Buy scythe!  This weapon is ONLY given to players who Upgrade their account using an AE GameCard purchased from Best Buy.

If you're enjoying our games (and we really hope you are!), then this is a great way to show your support for our (continually growing) team of friendly game developers!

* No, Rolith does not THROW his cats.  He BENCHPRESSES them.  It's much more pet-friendly, and the kitties LOVE it!  They purr while he counts presses. No joke, I've seen him do it.