is definitely playing a hero.

So pull on your power-pants and grab your gaming gear because HeroSmash is opening Phase 3 of it's Alpha test today for ALL DragonLords! That's right, any Dragon Amulet or other AE membership, Adventure Coin, Battle Point, or Varium purchase* linked to your MASTER ACCOUNT will get you into HEROSMASH phase 3 test today!

The Alpha test will determine which player becomes a MAIN VILLAIN (and HERO!)! Featuring all new customizable, stylized “Vinyl” super characters, a “combine any powers you want” combat system and an open-ended, player-driven storyline that will turn a few lucky players into immortalized major game super villians and heroes! 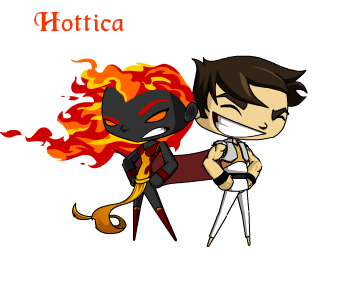 Like EPIC ALPHA RARES? How about Alpha Achievements on your character page? If that's for you, then the HeroSmash Alpha Phase 3 test is where you want to be! SMASH through the bad (or good) guys, query cunning characters to unlock quotable quests, and dive into a world of deception and massive (or SMASH-ive) mayhem!

So, what's on the agenda? Glad you asked! We will be introducing 8+ skills in today's first test of the customizable mix-and-match skill system. We are adding a shop containing all of these skills in the center of town.

Sound too good to be true? Well, there's just one catch: You need to have your DragonLord account linked to a Master Account on our Portal site.

You can read Artix's Play by Play leading up to the release here!

* But NOT Dragon Coin, Nova Gem, or Z-token purchase