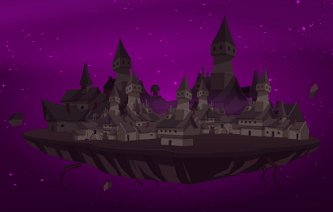 As you step out of the Gate and into Pellow Village, there is no sign of either Greed or the Greedling. Only the movements you see out of the corners of your eyes warns you before a phalanx of slavering and enraged monsters creeps, crawls, and floats into view.

To your left is a crowd of ChaosWeavers hungering to take you down.  To your right is a corps of minions dying to stop you from discovering in which direction Greed has gone. (And die they will, if you choose them as your opponents.)

The choice of battlefield is yours, hero.  Do you want to risk having a company of ChaosWeavers at your back while you search for Greed? Do you want to let Greed get further away while you take care of the enemies behind you?  Or... do you feel sorry for the ChaosWeaver Nation, broken and hungering for a leader and a purpose?

Your options are as follows:

There are two routes to the War Camp:

All players will be able to fight in the war regardless of progress in the Ravenloss quest chain.  However, the Pre-War cutscene, 50% cutscene, and Boss battle will only be viewable if you've completed the entire Ravenloss Saga.

Now on to more rewarding things, like... well... war rewards!

Rewards available at the end of the war:

It's time to step onto the battlefield and battle fiends, no matter WHO you select as your opponent. So strap on your helms, tighten your belts, and raise your weapons high because it's time to charge into the fray!

P.S. -  We'll be opening a SuperBowl Shop on Sunday so you can cheer for your favorite team in style!