This week.. oh man, where do I start?  Dragonfable has come a long way since beta. Remember Testopia?  It had a couple npcs and a quest (Fire cave).   I know I ran that quest like a million times waiting for the next release!  In the 5 + years since then, we've seen an expansion to every part of the game. From features to areas to classes, weapons, music, sagas.. And we're not even done yet!

On Friday, Sepulchure's flying castle will darken the skies of Falconreach, and you guys will bear witness to the most epic battle we have ever had. Years from now, you'll be telling stories on the forums about how you were here when it all went down!  To commemorate this event, we pushed the release of Falconreach's new artwork up and you will get it BEFORE the war begins.  That's right, whenever Rol is done fixing all the bugs I created.  So don't let Seppy burn it down cause that took us a really long time to make ok? *grumble* 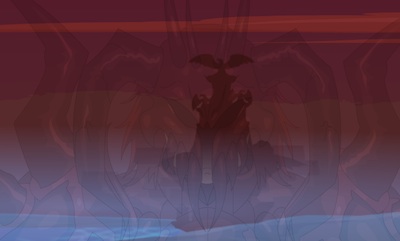 Sepulchure has been waiting for this day for a long time.  He will stop at nothing to see his plan through to the end. Only the bravest of heros would dare to stand against him. Do you have what it takes? See you Friday!