can't think of anything funny to write here.

In the heart of the Deadlands… 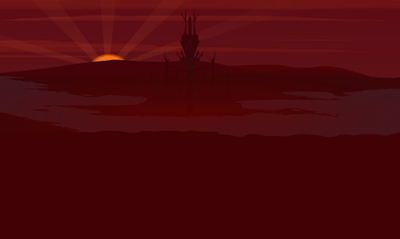 We are in the midst of the biggest war Dragonfable has ever seen… The forces of the undead have been ripping and tearing at the soul of Falconreach for 42 days!* The people are tired, hungry, and they need every hero they can get. And then Sepulchure has the audacity to invite you over to watch first-hand the knight of doom taking over the world or something? What a jerk!  In the words of Will Smith in I, Robot, "You have SO got to die."

This is by far the most epic thing we've seen in DF thus far, and it isn't over yet! This week we will be venturing into the Deadlands to try to stop Sepulchure from doing whatever it is he's about to do.. He must be stopped at any cost!  And remember… the guardians of Falconreach have had their hands full while you've been running around losing the orbs, so make it quick!**  Geo's hard at work building the inside of Seppy's fortress for you to find your way through, and I am sure she is going to throw everything she's got into it. You'll be climbing the lower levels of it tomorrow. If you survive and reach the central tower, next week you'll be racing to the top!  Buckle up!

On the lighter side…

Since you guys have been kicking so much buttocks in the ridonkulously long war***, we wanted to reward you with a small behind-the-scenes sneak peek at some other things we've been working on: 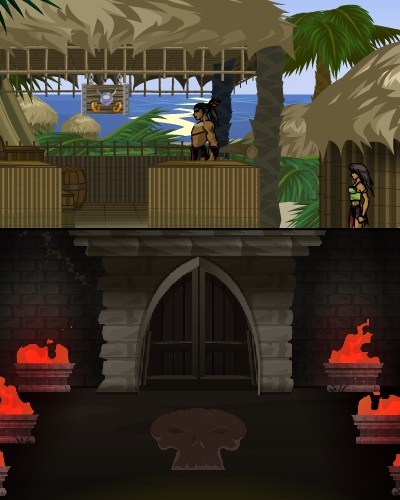 The first picture is Aika Village. You might have heard about it from the various townspeople, but it is a "fun in the sun" kinda town with some interesting things to do. It will also serve the purpose of connecting Sho' Nuff Island to the mainland, via boat, so this is a pretty exciting place imho.  The second picture is not so cheery… Behold: Blackwyn Tomb!  It's creepy, it's dirty, and you're going to wish we let you equip torches. I ain't gonna tell you where it will be located, either, so you're gonna have to explore to find it!

Now.. I want to stress that these things are not coming out for quite a while. Aika Village will be released sometime around when the walkaround to the Sandsea is created, and it ain't built yet.. Blackwyn Tomb will likely appear before that, but it still requires a lot of work. All of this, including finishing the town of Falconreach, I'm trying to fit in and around the weekly events… and really we have and will continue to have a really busy summer.. but enjoy the sneak peek. I just wanted you guys to know that we've got a lot of fun stuff coming your way. :)

*Well.. in Lorian time it's a lot less, but still.

***Seriously, I've got to commend you guys on your stamina!