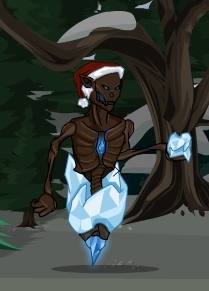 The War Challenge is now being issued! If you finish the war by midnight EST, on Saturday, December 21st, you'll get this awesome, creepy, cheery, icy, awesome, slightly creepy SkeleSnow pet, created by Dracelix! What do you guys think its official name should be? (I'm voting for Frank. He kinda looks like a Frank.)

The boss fight is the release for this week while, next week, we hope* to bring you two small releases during the week!

LQS
The Eternity Joy shop will appear on the 27th of December!