This week, we return to Book 3's main story! Last time, after a confrontation with King Thorin of the Manufactory, the stage appeared to be set to bring the Doomwood rift under control. 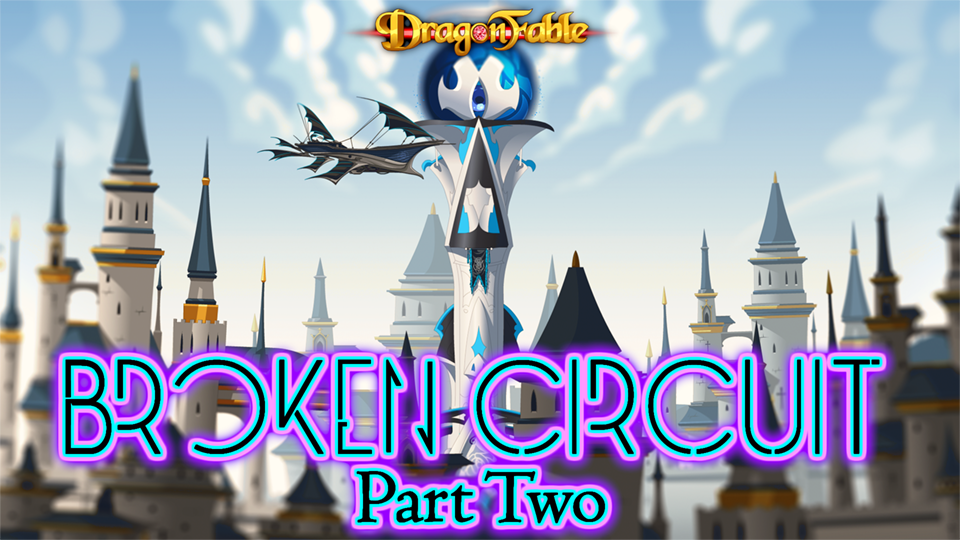 With the Golden Hand out cold, the Doomwood rift threatens to remain open, continuing to exert its elemental influence on the surrounding area.

But meanwhile, in another part of the continent, the rifts aren't waiting for heroes...

Head over to Queen Victoria in Book 3 Swordhaven to play this week's release: Broken Circuit (Part 2)!

Please note, unless things explode next week, there will be one final quest in The Royal Resistance, tying together this chapter and the next of the Greenguard Alliance!

We hope you look forward to it!

Adventure Mode has been added to the options menu.

This new mode reduces all enemy damage by half. It's perfect for those who aren't quite as enthusiastic about combat in the game, or if you're struggling against a particular story boss.

It only affects enemy damage, so you still have to try to learn mechanics, but it should be a welcome boost to anyone who wants it.

Doomed Mode has replaced Hard Mode in the options menu.

Hard Mode gave the impression that it was somewhat fair, or something to try to get good enough for, when in reality, it was just unfair health and damage scaling on enemies.

The new name and description reflects its nature much better.

(That said, a revamp to Doomed Mode systems and effects to make it... fun is still in the works.)

So, you want to learn more about Game Modes?

Game Modes are saved between sessions on the same device.

Game Modes do not affect gold or exp or any other rewards from quests or battles in any way.

Game Modes can be switched on or off at any time outside of battles (so if you attempt a fight and fail, you can swap game modes if you wish).

Adventure Mode is suppressed in fights that the player is intended to lose (Thankfully fewer of those in recent years), the Inn at the Edge of Time challenges, Yllmar (open world challenge), and Aeris Battlespire PvP.

Adventure Mode and Doomed Mode are indicated by an icon next to the Book of Lore on the UI.

Completing a battle in Adventure Mode or Doomed Mode will also have a corresponding icon appear under the Continue button.

And that's about all there is to know about Game Modes!

Also this week, we have some fixes and changes!

And that's all for this week! We have lots planned for the rest of this month, and we hope you'll join us in looking forward to everything to come!