It's DragonFable's 16th Anniversary, and we have a huge release in store for you! From dragon menus to bag space to epilogues... let's see what we have in store! 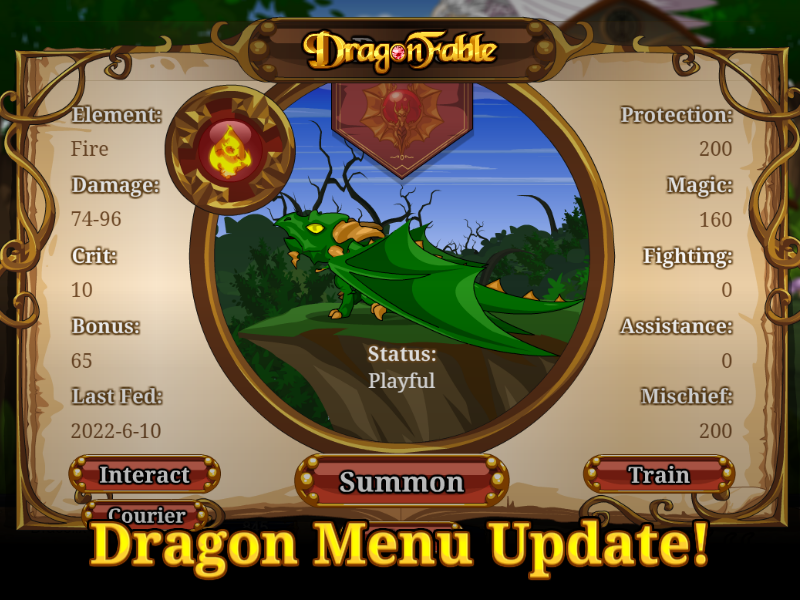 First up, the Dragon Menu has been completely reworked! Interact with and play with your dragon, as well as being reminded to feed them! Besides the new appearance and features, a number of adjustments have been made for easier use. For example, Primalizing elements is now automatic when you have them unlocked, and you can also immediately close the interface from the elementalize screen without needing to click "confirm". Summoning your dragon will also now automatically close the interface!

There's a lot of cool changes we've made, so grab your Dragon Amulet and take a look!

Next, the Maleurous Epilogue: Remembrance! 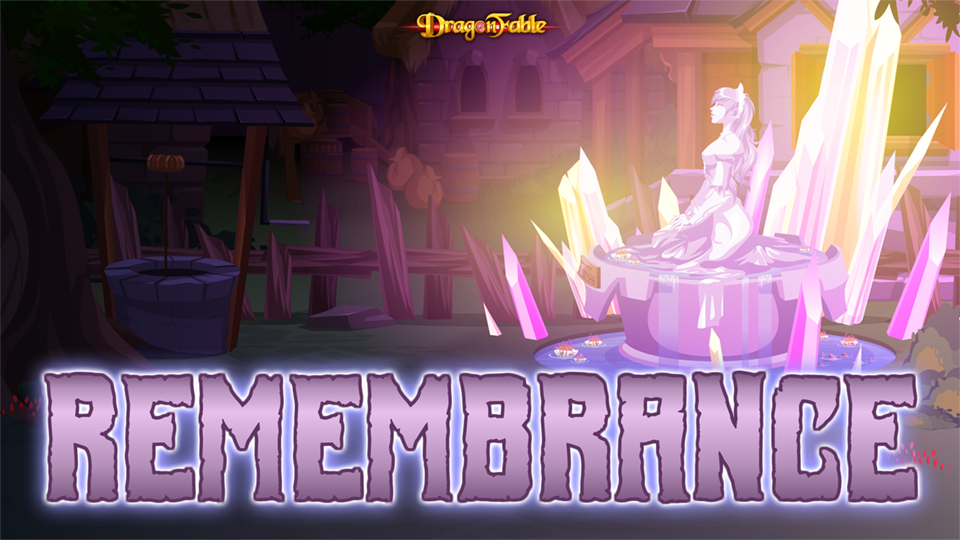 With the last of the Maleurous defeated, maybe it's time for some rest before the next big adventure!

If you've completed the previous Maleurous quests in the saga, head over to Uaanta in Book 3 Falconreach to view the epilogue to the Maleurous saga!

And finally, bag space has been increased for all characters! 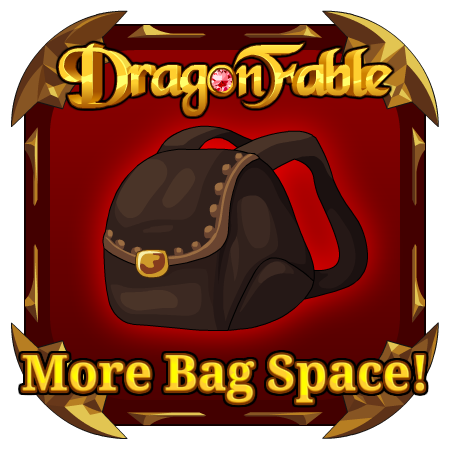 With the increased need for more varieties of gear, and the introduction of cosmetic items and build templates, inventory space has become sorely lacking in recent years.

And so, we're increasing the base bag space for all characters, new and old.

This also means purchasing a Dragon Amulet will provide you with +20 bag spaces!

These changes affect all characters, new and old, and also increases the maximum capacity of bags to 230, up from 200 (If you already had the maximum, you will not need to purchase more).

And that's all for this week! It's been another incredible year of DragonFable, and it's thanks to all of you that we're able to keep updating the game with new stories and content and improvements.

Thank you for playing DragonFable!