Time to talk about the new class!

It's TIME to preview the Chronomaner skills!

It's a Sneak Peek Wednesday once more, and I think you're going to REALLY like what we'll be showing you: the Chronomancer's skill list!

I know there's been a ton of chatter about DragonFable's newest class on Twitter and the forums, but if you haven't heard about it yet, here's some important information to remember:

Chronomancer class is the in-game promotional item attached to Artix Entertainment's first Calendar, the 2011 Year of the Moglin!  This calendar features 12 of your favorite female NPCs from AdventureQuest, DragonFable, MechQuest, and AQWorlds! (You'll also receive the Chronomancer class in AQWorlds, Chronos Mech in MQ, and the Chronomancer armor in AQ when you purchase the calendar!) 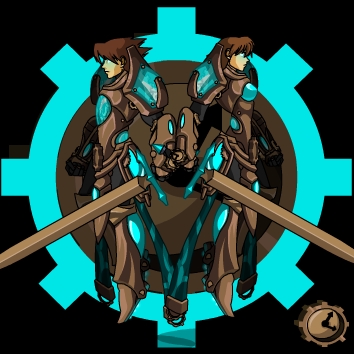 The calendar goes up on HeroMart for Pre-orders on Thursday, November 11th! (That's tomorrow!)  We only have a limited number of calendars, so you'll definitely want to be one of the first in line to get your pre-order in to make sure you get ALL these AMAZING rewards!

Lets move now from great deals to even greater skills!  Rolith, Aelthai, and Tomix all pulled together to come up with an awesome list of Chrono-skills, so without further ado, lets fast forward into the skills section of this Design Notes!

There are some AWESOME skills on this list (giving you an extra turn? HOW do we do that?  Rolith assures me it works, but it sure SOUNDS like you're manipulating the game.  Good for you, Chronomancers!) And if you can guess which of the skills is a tribute to Doctor Who (some of us are HUGE Who fans!) then you get a Tempus treat!

Time flies, and so must I.  Back to working on this week's release!  I hope to battle YOU in Chronomancer class armor in DF's PVP!  Want a sneak peek of the armor?  Battle 232339 or 35 to get in-game sneak peeks of the female and male Chronomancer armors!