And the first post we'll make with it is with today's Sneak Peek!
Now, you may have noticed the tags under all of this month's DN entries. That's the new system! What's REALLY nice about it is that before we had to go into a web design program and use things like HTML and macros for shortcuts and all sorts of fiddling around to make things juuuuuuust right. And, as you may have noticed, very occasioanally the Design Notes page would explode and things would look all wonky. But those days are a thing of the past with this new, SHINY* system!

This sneak peek DN is a test of the new system AND a preview of what's to come this week!

Time for the Sneak Peek!
This week we'll have two brand-new quests for you! In the first, you'll be journeying to the village of Bask, where that nefarious felon crashlanded! But watch out for booby traps! (This warning is not a diversion. Or is it? Nope, definitely not.) 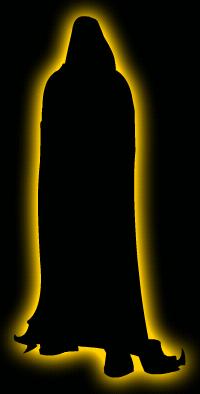 I bet you recognize THIS mysterious, shadowy figure. Well, you'll be seeing HER again this week. Get ready to watch out or get out!

Nythera gets her wings!
Normally, it's a pilot or flight steward who "gets their wings" but not THIS week! Nope, Nythera is gaining access to her Dragon magic at long last! And with it will come FOUR new skills (VERY pretty skills!) full of white and purple majesty, as is only fitting for Nythera! 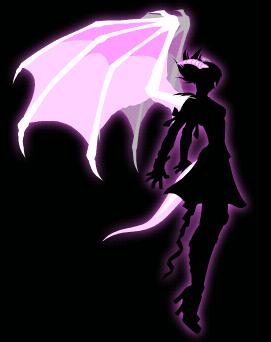 She'll also learn her ultimate destiny as it relates to the Creatioux and Decadere. Will YOU be there to learn it with her? Log in this weekend to see!

Artix asks a question!
I was sitting around the DragonFable/AQWorlds table today with Rolith and Beleen and Lim when Artix walked in. He started looking through some of the comics that Beleen has been pulling from the current contest.**

He paused, cocked his head as if listening to some far-away music, and turned to us. "What is the best critical hit in any of our games?" he asked us. His example was a sneevil punching a gorillaphant. We threw out some suggestions (like the Light girl giving Ash a wedgie in DF and the town of BattleOn falling onto the bunny in AQW) but he REALLY wanted us to ask YOU! So here I am, coming to you guys for input.

What is- or would be- the best, most critical hit between the player character and a monster? Or even between one monster and another?  We're not looking for what the highest number you got during a crithit, we're looking for what situation could best be described as a Critical Hit.

Yes, this IS for a secret project. And yes, you WILL learn about it soon!

The NPCs, the Secret Underground Lab's very own band
Every now and then the band breaks out their instruments and starts rockin' away. You might remember our Christmas card cookie hit from back in December of 2009. I got to do the backup vocals on THAT (who doesn't love a good rock opera about cookies?!) and back before I went on vacation, Warlic and Artix asked if I'd do some more for the a different secret project.

So today Warlic and I squeezed into the recording studio (it's between the Mechquest room and the DragonFable/AQWorlds room) and got geared up to make NOISE! I apologized to Beleen and Lim (I was about to warm up, and if you've never heard a soprano doing sirens to warm up- and they are EXACTLY what they sound like- then you haven't really ever grabbed your ears in pain lived!) and got on my headphones while Warlic fired up the computer and adjusted the microphone to meet my mouth.

Then he put on the new track from the NPCs and I started to belt! We did a couple takes, adjusted some things, and I sang some more. After we finished, I had the following thought: Not only do I get to make video games for work thanks to you guys, but I get to sing, too! You rock! (And we like to, too!)

Have a great week, and see you Friday!

* Oooooh, shiiiiiiiiiiiny.  /distracted
** You guys drew some funny, FUNNY things!***
*** We are fat but we are strong!