There's no a-Voiding these skills!

Nythera levels up!
In this week's Nythera quest, she'll unlock and learn her Void skills (though you won't be able to USE them until next week).  Khelios and Tomix are working together to make these skills SUPER-awesome, and we wanted to give you some information about them! 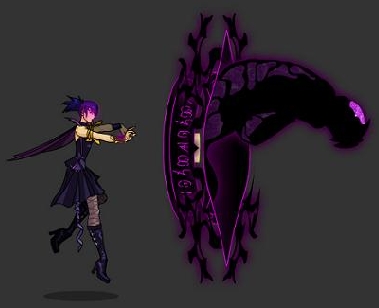 I've seen some of the skill animations, and they will blow your mind and stun your senses; they're some of Tomix's most blast-iful work yet!

Enjoy the Sneak Peek of Nythera skills and we'll see you on Friday!